His Excellency Collen Vixen Kelapile has an accumulated career of 26 years in multilateral diplomacy, both as a government representative, intergovernmental expert and is also a former United Nations (UN) Secretariat staff member.

Before his appointment in 2018 as Ambassador and Permanent Representative to the UN in New York, he was the Chief of Staff to the Executive-Secretary of the UN Economic Commission for Africa (UNECA) in Addis Ababa, Ethiopia, from 2014 to 2018.

From 2013 to 2014, he served as the Deputy Director in the Department of Africa and the Middle East at the Ministry of International Affairs and Cooperation of Botswana overseeing Central, East, North and West Africa as well as the Middle East.

He was elected by the UN General Assembly as a member of the Advisory Committee on Administrative and Budgetary Questions (ACABQ) from 2004 to 2012, where he served for three consecutive 3-year terms amounting to 9 years. During his tenure in the Committee, he served as Vice-Chair of the ACABQ for 3 years from 2008 to 2010 and subsequently as its Chair for 2 years from 2011 to 2012.

Ambassador Kelapile was posted at the Permanent Mission of the Republic of Botswana in New York from 1998 to 2003, where he rose through diplomatic ranks from Second Secretary to level of Counsellor prior to his successful election to ACABQ in 2003.

During his tenure at the Mission of Botswana in New York Ambassador Kelapile also simultaneously served as focal point on the Legal (or Sixth) Committee of the UN General Assembly, coinciding also with the time of the elaboration of the Rome Statute on the establishment of the International Criminal Court (ICC).

In conjunction with his present position as Ambassador and Permanent Representative to the UN in New York, he is also concurrently Botswana’s Ambassador to Cuba and the High Commissioner to Jamaica, on a non-resident basis.

Among his other most recent engagements and roles in the UN’s intergovernmental processes in New York include serving as:

- Vice-President of UNDP/UNFPA/UNOPS Executive Board, 2019 Session
- Chair of 59th Session of the Committee for Programme and Coordination, 2019
- Co-Facilitator of the Alignment Process of the agendas of the UN General Assembly and ECOSOC during 74th Session of the Assembly, 2019/2020
- Chair of Special Political and Decolonization (or Fourth) Committee during 75th Session of the UN General Assembly, 2020/2021
- Vice-President of the Economic and Social Council (ECOSOC), 2021 Session
- Co-Chair of the Group of Friends on the Responsibility to Protect (R2P) at the UN, 2021-2023
- Co-Chair of the Joint Steering Committee of the African Group-CARRICOM Caucus (AfCAR) Collaboration Initiative at the UN, of which he is a co-founder together with the Permanent Representative of Grenada, 2020 – Present

Ambassador Kelapile joined the Ministry of International Affairs and Cooperation in 1995 as Desk Officer for the UN, soon after graduating with a Bachelor’s Degree (Political Science and Public Administration) from the University of Botswana in the same year. 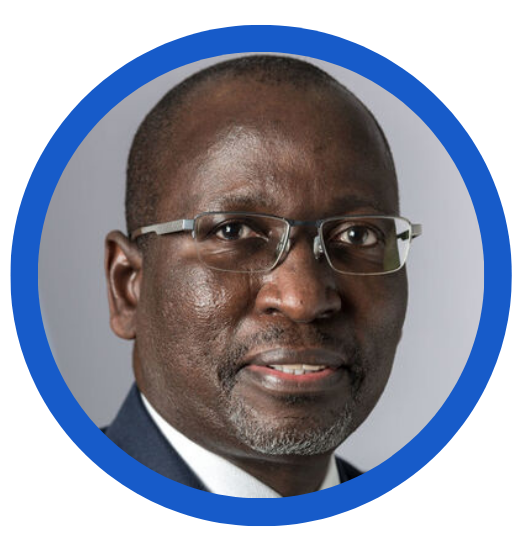